Immun-A-D (immunity) is a powerful blend of vitamins, minerals, herbs and roots which support the body’s immune system to defend against disease and reduce the symptoms and duration of the common cold or flu. Use it for the boost you need to overcome cold symptoms, bladder infections and intestinal discomfort among other common illnesses.

Nature created her cures in a safe and balanced way. The human organism constantly strives to maintain homeostasis as its natural balance. The body has the ability to resist almost all types of organisms or toxins that tend to damage cells, tissues, and organs. This capacity is called immunity.

At birth, the human intestinal track of a newborn is described as sterile, devoid of microbes. However, beginning with its passage through the birth canal, it progressively becomes inhabited with microbes of various species, depending on the type of food ingested. These microbes are derived first from the mother during breast-feeding and later from many other sources. During breast-feeding, the beneficial bifidobacteria and lactobacilli begin to appear. The mother is “jump starting” the baby’s immunity. Breasts have colostrum in them when a mother is pregnant, and that is what the baby gets when it first sucks until the mother produces milk. This colostrum carries antibodies from the mother’s blood, so temporary immunities are passed on to the baby. It also has protein, fat, sugar, vitamins and minerals in it. It is universally agreed that when a mother is healthy (in a state of natural homeostatic balance) her breast milk cannot be surpassed as food for babies. Breast milk is the best possible nutrition for all babies full term, premature, healthy, or ill.

Unfortunately, we live in today’s world where we find it very hard if not impossible to stay balanced or free of disease. Infectious disease is the leading cause of death worldwide and the third leading cause of death among Americans. Each year more than 13 million people die from infectious disease. Despite the large number of antibiotics available, sickness and disease continue to spread throughout the world as more and more antibiotic resistant strains of bacteria and viruses continue to develop. In the United States, these “super-germs” have come about as a result of the overuse of antibiotics. This can be referred to as the “plague of the twenty first century.” According to the Center for Disease Control and Prevention, one-quarter of the 150 million antibiotic prescriptions written each year are unnecessary. As more and more people continue to abuse and overuse antibiotics, bacteria strains have now become stronger than the medicine once used to combat them. If we are going to combat these mutating forms of bacteria and viruses, we must look to other sources other than antibiotics for treatment and prevention of the super-germs.

Divine Nature has taken a strong approach in combating illness while supporting the body’s immune system. Immun-A-D is a supplement that has very powerful ingredients to aid the body in seven different areas:

First: Immun-A-D has colostrum which is referenced in the above description.

Second: Probiotics are added to replace the good beneficial floras or good bacteria that form the mucosa lining throughout the stomach and intestinal track. Pro-Biotic is from the Greek word, pro, meaning “for”, and bios, meaning “life”, “for life.” Most people are not familiar with pro-biotic’s yet you can hardly find anyone who is not familiar with the word “anti-biotic’s”, Greek word anti, “against,” and bios, “life”, “against life,” also spoken about previously. We must have probiotics or we cannot sustain life.

Fourth: Strong antioxidant ingredients including CoQ10, and Beta Glucan that has scientifically been proven in supporting white cell or “macrophages” activity and leading to a stronger immune response.

Fifth: Vitamin A, to enhance immunity,

Sixth: Vitamin D, both A and D vitamins in a natural form require conversion by the liver and then by the kidneys before they become fully active.

Immun-A-D is truly an amazing and powerful supplement in supporting your body’s immune response. When you notice or feel sick or have the symptoms of intestinal discomfort such as diarrhea, colds or flu symptoms, candida or bladder infections, or when needed as an alternative to antibiotics.

The above statements have not been evaluated by the FDA. This product is not intended to diagnose, treat, cure, or prevent any disease.

There are no reviews yet.

Only logged in customers who have purchased this product may leave a review. 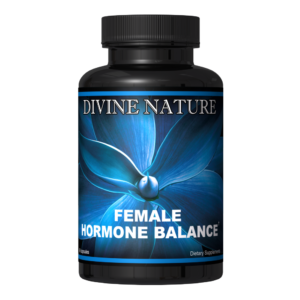